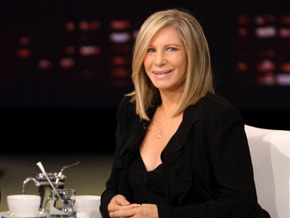 Hollywood has its share of talented entertainers. But there's only one Barbra Streisand.

Barbra is an award-winning actress, director, singer, composer and producer, as well as a civil rights activist, food lover and doll collector. With 63 albums under her belt, she also holds the distinction of being the top-selling female recording artist of all time.

Now, Barbra is redefining what it means to grow older and reminding us of her humble beginnings. As a child growing up in Brooklyn, New York, Barbra says she shared a small apartment with her family. "I grew up in Williamsburg until I was 7, and that was a $40-a-month apartment," she says. "I lived in one room with my mother, in the same bed, and my brother had a foldaway cot in the same room."

Barbra and her family then moved to the projects, which at the time, she says she considered "hotsie totsie." 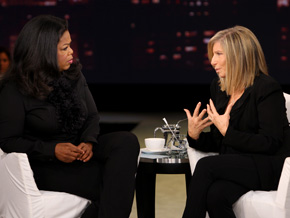 No matter how successful she becomes, Barbra says there's always part of her that's still a little girl who never had a doll. "When you grow up poor, you're always poor in a sense," she says.

As a child, Barbra says she transformed a hot water bottle into her one-and-only doll. "When you don't have things, you have to use your imagination," she says. A woman who occasionally cared for Barbra even knitted a pink hat and sweater for the hot water bottle.

"You were poorer than I was," Oprah says.

Today, Barbra collects dolls and even built a doll shop in her 10,000-square-foot dream home. Her financial circumstances may have changed over the decades, but Barbra says she's very much the same. "The inside, the soul part, hopefully just grows," she says. "But I always said this about success—it doesn't change you. It just makes you more of what you were, what you are." 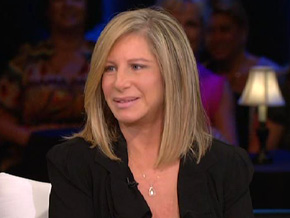 Barbra never let her circumstances stifle her dreams. As a girl, she dreamed big and imagined a successful, glamorous life for herself. "I wanted to be seen. I wanted to be recognized, because I wasn't seen a lot as a child," she says. "So I think that's what motivated me."

But, when the accolades and awards began pouring in, Barbra says she was shocked by stardom. "I wasn't ready for the stardom effect," she says. "I thought I wanted to be famous, but then when I got famous, I really didn't enjoy the fame. ... I don't like fame. I don't like being followed. I don't like disappointing people if something's wrong."

When you're the manifestation of people's dreams, Barbra says it's hard to not disappoint them.

In the past few years, Barbra says she's learned to receive admiration and appreciation. "When you accept yourself, I mean, you unfortunately have to accept your flaws because there are many, but you accept the good things, and then accept the love," she says. "You want to drink it in, and you want to share it. You want to give it out, so I can now perform in front of people." 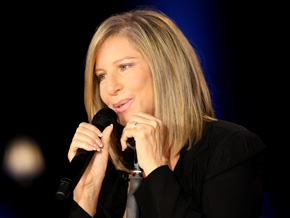 For 27 years, Barbra says stage fright kept her from performing at all. This fear stemmed from one moment that occurred in 1967, during her free concert in New York City's Central Park. More than 135,000 people attended this history-making event.

"I forgot the words," she says. "Then, it sort of triggered this feeling that I would forget the words. I didn't perform again until they discovered teleprompters."

As Barbra learned during a concert in 1986, even teleprompters aren't perfect. "I was singing 'America the Beautiful,' which I didn't count on the people would stand up and in front of the teleprompter," she says. "They had to use the performance from the night before...a dress rehearsal when there was nobody there." 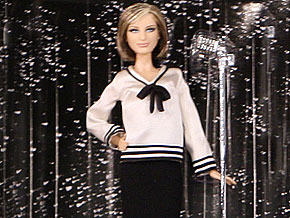 It's been decades since Barbra left Brooklyn, and now, she is releasing her 63rd album, Love Is the Answer, and her very first doll! This limited edition Barbra Streisand doll by Mattel will hit stores in November.

"I worked on this doll very hard. The slit was in the back. [It] had to go on the side," she says. "Actually, the hair is a little too silver, the bow is a little short, but it's okay."

Barbra also helped choose the fabric and color scheme for her doll's outfit. "I'm a detail person. It's interesting because that's a perfectionistic impulse, even though I say I really am not a perfectionist," she says. "It's inhuman to be perfect."