The Story That Inspired Lee Daniels' The Butler

In this excerpt from The Butler: A Witness to History, Oscar-nominated director Lee Daniels discusses the real-life story that made him want to direct the film adaptation.
By Lee Daniels 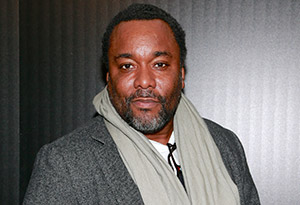 Photo: Charles Eshelman/Getty Images
While the movie The Butler is set against historical events, the title character and his family are fictionalized. From the moment I read Wil Haygood's article about him in the Washington Post, I was very moved by the real life of Eugene Allen. I remember Wil Haygood sharing with me his inspiration for writing his original article. On the cusp of Obama's election he sought to find an African American butler who had seen firsthand the civil rights movement from both within and outside the White House. Wil knocked on Mr. Allen's door and was greeted by a humble and elegant man and his gracious wife, who spent the afternoon sharing stories and showing treasure troves of memorabilia discreetly lining the walls of his basement.

When I first read Danny Strong's screenplay of The Butler, I knew I had to direct this film. Inspired by films like Gone with the Wind, I thought if I could capture even half of what that film accomplished, I would be onto something magical. But, most important, I saw a way to frame the story: I'd contrast the history of the times, particularly the fight for civil rights equality, against what would become the heart of the film, the evolution of a father-son relationship. While the father witnessed directly the role each president played in dictating the course of civil rights, the son rebelled against what he perceived as the subservience of his father. He aggressively took his fight for equality to the streets, even if it meant sacrificing his life. In the end, this is a story of healing, both for our nation and most importantly for father and son, as each man came to respect the pivotal and essential role the other played in the course of changing history. This is the emotional and universal anchor of this movie and subject matter I very much wanted to explore.

And while this father and son and family are fictional characters, we were able to borrow some extraordinary moments from Eugene's real life to weave into the movie—such as the grieving Jacqueline Kennedy giving one of the slain president's ties to the butler, and Nancy Reagan inviting the butler and his wife to a state dinner. Eugene Allen was a remarkable man, and I am happy and grateful that Wil Haygood had the passion and perseverance to find him and to bring his story to life in his article and through this book, which expands the story.

Foreward from The Butler: A Witness to History by Wil Haygood. Reprinted by permission of 37 Ink.