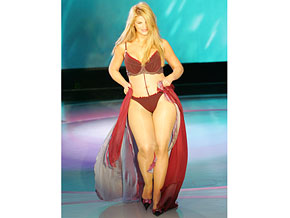 Kirstie Alley first opened up on The Oprah Show about her weight battle in November 2004, when she signed on to be the spokeswoman for Jenny Craig. At the time, Kirstie told Oprah a paparazzi photo had jolted her out of denial and made her face her weight problem for the first time.

For the next two years, Kirstie followed the Jenny Craig plan and inspired people around the country to lose weight with her. Then, in 2006, Kirstie graced Oprah's stage with a new look, fulfilling a goal she'd set for herself one year earlier—to wear a bikini in public. Seventy-five pounds lighter than her starting weight, Kirstie donned a bikini for all to see. 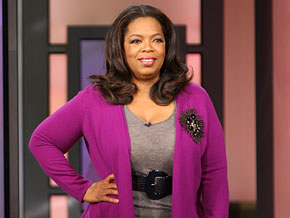 It's been two and a half years since Kirstie bore her bikini bod on The Oprah Show. When Oprah came clean about her own falling off the wagon story, Kirstie sent her an e-mail saying she'd gone through the same struggle. "It's not easy to come forward and admit something like that," Oprah says. "But Kirstie's ready to talk." 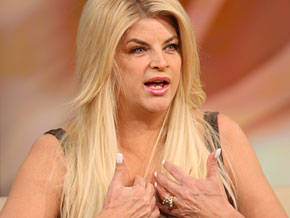 After all these years, Kirstie says she can't believe she's still talking about her weight. "It's humiliating," she says. "The most painful thing for me is that I have all these people that I inspired and then I let them down."

Kirstie says the weight started coming back when she stopped being the Jenny Craig spokeswoman. "When you're a spokesperson for a weight loss company ... somebody weighs you every week. It's pressure but it's good pressure. I do better if I have some pressure on me," she says. "When I didn't have that anymore ... I just said, 'I'm going to cut myself some slack.' Big mistake."

A little slack turned into a lot, and Kirstie says after parting ways with the Jenny Craig company, she didn't weigh herself or work out for a year and a half. 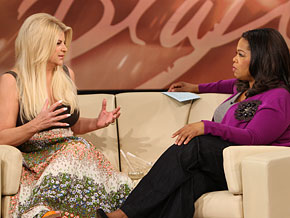 After gaining back the weight she'd lost, Kirstie says she's struggled emotionally as well. "I've hated myself," she says. "You beat yourself up, and I [asked myself], 'What am I doing?'"

Though her first weight loss attempt wasn't entirely successful, Kirstie says one thing came out of it that's she's very proud of—she stopped smoking. "When I was on [your show] and fat, you said, 'You really have to stop smoking, because you can't be fat and smoke,'" Kirstie tells Oprah. "So I haven't smoked since. ... I think that this should be celebrated." 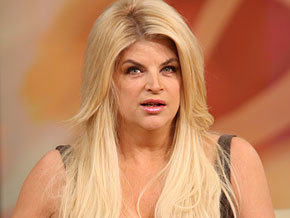 One of the hardest things about gaining the weight back has been the negative attention from tabloids, she says. After a flight home from Paris, Kirstie says a paparazzi photographer was waiting for her. "First of all, I'd been on the plane and I looked hideous," she says. Kirstie tried to avoid the photographers, but she says they were all around. "This guy said to me, 'Fat ass, turn around so I can shoot you!'"

The experience was degrading, Kirstie says, but it still wasn't a turning point for her. 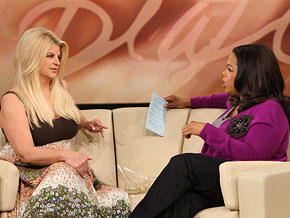 Kirstie put the weight back on—plus an extra 10 pounds—over a year and a half, about the same amount of time it took her to lose the original 75 pounds, she says. "My whole life I battled with 15 to 20 pounds. I either weighed 125 or 145. ... To me, it was a big deal. That was sort of my life with weight loss," she says. "Then when I gained weight the last time—really gained weight and lost it—I honest to God thought: 'This is it. This will be the last time I ever do this again,'" she says. 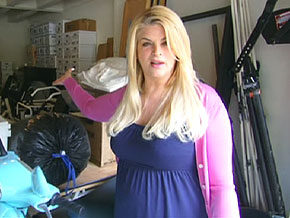 While Kirstie was losing weight, she worked out so much that she decided to turn her living room into her gym. "Then, I had all my equipment moved out about a year and a half ago, and I haven't worked out since," she says. "Big mistake."

Kirstie's bringing her workout machines back into the house, but she says the decision wasn't easy. "Deciding whether you're really going to do it again or not, there's a lot of pressure," she says. 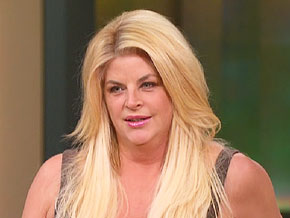 Though Kirstie says she still hasn't gotten back on the exercise equipment, she has begun the weight loss journey. "For the last year and a half, I've been researching and developing my own weight loss line, and I've actually lost 20 pounds in the last five weeks doing that," she says.

Kirstie says she can't reveal anything just yet, but she's convinced she's cracked the weight loss code. "It's not going to be on the market until probably between November and January 1, probably November," she says. "I'm really hardheaded. The program I did last time [was] great; I have no complaints. It was so excellent for me, and they treated me excellently, but I want to do this my way." 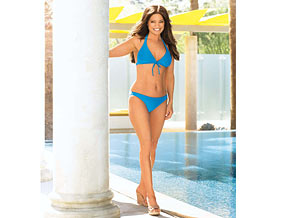 One of Kirstie's biggest regrets when it comes to her weight gain is letting down the people she motivated to lose weight, she says. "I really want to inspire again," she says.

Kirstie found her own inspiration in Valerie Bertinelli, the current Jenny Craig spokeswoman. In about a year, Valerie lost almost 50 pounds and recently revealed her bikini body in a national commercial!

Kirstie says she was the person who originally encouraged Valerie to join Jenny Craig. "I wanted to take someone else on the journey," she says. "And now the pupil's like A-plus. ... She's surpassed me, but now she's inspired me." 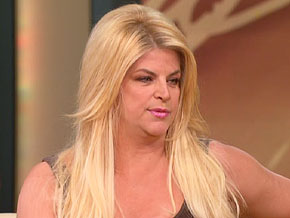 Though Kirstie says she knows she shouldn't compare her body with others, she can't always help it. "We're not blind; we look around. We see what we want," she says. "I'm like...I could have those arms. ... I think I'm ready to work."

With her new motivation, Kirstie says she's confident she can lose the weight again. "It's sort of nutty, but I think I can do it. And if I do it, then that really is an inspiration," she says. She isn't necessarily planning to get back into a bikini in public, but Kirstie says she did see a dress recently she'd love to wear. "I thought, 'Oh, I want to have that dress on.' But you know, my whole issue is my butt and my legs." 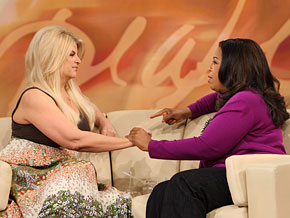 This time around, Kirstie's proposing a six-month timeline to get herself in shape. "By November, I have to look ripped," she says.

Oprah says she's learned over the years that setting a specific time limit on weight loss can hurt the end result. "I want you to do in in your own time," Oprah tells Kirstie. "Do it in a way that's going to be good for you. I don't want you on national television setting yourself up for November. ... I know what happens when you set that goal for yourself. Then you go home and eat for a month trying to make yourself feel better about what you just committed [to]."

The World's Best Dieter gets a handle on his weight