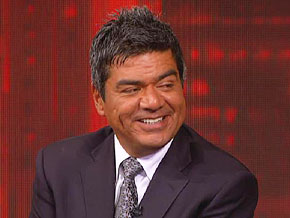 Comedian George Lopez has been cracking up audiences for more than three decades, and he's making his first appearance on The Oprah Show!

George says he started making people laugh when he was a kid. "There was just so little that we had," he says. "You had to be funny."

Watch George describe what it was like to be raised by his grandmother.