Books That Made a Difference to Vera Farmiga

Photo: Daniel Novisedlak/WireImage.com
George Clooney's costar in Up in the Air marvels at how books have a way of turning up just when she needs them. 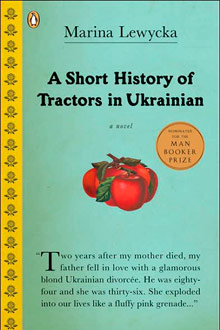 A Short History of Tractors in Ukrainian
By Marina Lewycka

Why she chose it: Being the eldest daughter of Ukrainian immigrants, I was charmed by the title, but I'm also interested in family dynamics, particularly generational rivalry. Reading this, I had the sense that I'd moved in with this insane family—an extremely difficult old man and his combative daughters, who have to care for him, defend him, and help him. They reminded me a lot of my own family: Stories of the past are told and retold by people who had to build a new life, even though the old one never entirely disappeared.

How she found it: I think I was tipped off by a fellow nationalistic Ukrainian.

Memorable passage: In the first few sentences, I became totally smitten: "Two years after my mother died, my father fell in love with a glamorous blond Ukrainian divorcée. He was eighty-four and she was thirty-six. She exploded into our lives like a fluffy pink grenade, churning up the murky water, bringing to the surface a sludge of sloughed-off memories, giving the family ghosts a kick up the backside." 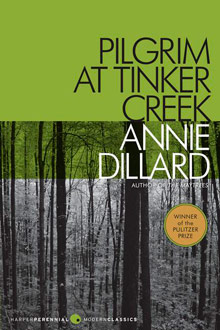 Why she chose it: When life goes bonkers, and I start to feel skittery-jittery, I find nature medicinal. I'm happiest when I stumble upon dense, cool patches of moist green moss. So this book—about Dillard's year observing the seasons—is almost scriptural. I feel drunk when I read it, spiritually tipsy.

Why it's so intoxicating: In one sublime passage, she talks about how in order to see things in all their dazzle and beauty you've got to be still. I've always found that paragraph very poignant, because in the age of high-speed Internet, fast food, and express checkouts, we attack everything at breakneck speed—so many people cannot, will not, and do not know how to be still.

Memorable passage: "Instead of going rigid, I go calm. I center down wherever I am; I find a balance and repose. I retreat—not inside myself, but outside myself, so that I am a tissue of senses. Whatever I see is plenty, abundance. I am the skin of water the wind plays over; I am petal, feather, stone." 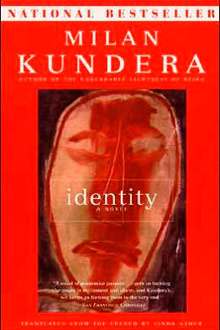 Setting the scene: Near the beginning of the story, two lovers are in a hotel room: The woman is upset, blurting out, "Men don't turn to look at me anymore." The man begins to send her anonymous love letters. The messages are intended to encourage their love, but the gesture backfires.

Why she chose it: I read this in my 20s, when I was in a relationship with a man who turned to me after suffering the shock of a drastic haircut—14 inches off!—and yelped, "Women don't look at me anymore." His words knocked the living daylights out of me. After all, I had just been staring at his lovely haircut. It's amazing how, like magnets, books come my way when I need them.

Memorable passage: "They went out, and only after a while did he see her again as the Chantal he had known. It is always that way: between the moment he meets her again and the moment he recognizes her for the woman he loves, he has some distance to go." 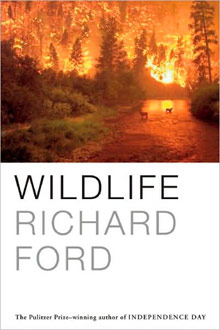 Setting the scene: This novel is simple on the surface but packed with emotion. It's about a couple falling apart, with little regard for their 16-year-old son.

Why she chose it: I read this while I was pregnant, and the relationship between these reckless parents and their son left me with the wincing notion that, yikes, children are piercingly observant. I thought, "Drat, one day my boy will find me out." He will realize that his perfect Momma, whom he's looked up to as his protector, his guardian, and his example, is indeed contradictory, erratic, and human.

Memorable passage: The most simple sentences affected me profoundly—the mother asking her son, "Is that your best opinion on the subject?" What a wonderful way to parent, I thought, flat out asking your child's opinion. I don't ever recall being asked what I thought when I was young.

—As told to M Healey

More Books That Made a Difference to...
From the January 2010 issue of O, The Oprah Magazine