The 18 Best Books to Pick Up This Month

Novelist Nicole Krauss tells a tale of postdivorce soul-searching, Eileen Myles composes a paean to her pit bull, a friendship goes up in flames in Claire Messud's latest, plus more titles to pick up now. 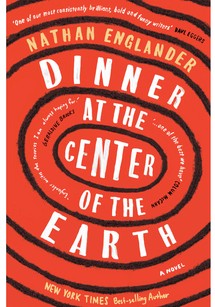 3 of 18
Dinner at the Center of the Earth
By Nathan Englander
272 pages; Knopf

Amazon.com | Barnes & Noble | Apple Books | IndieBound
In the nearly two decades since his lauded debut story collection, For the Relief of Unbearable Urges, Nathan Englander has probed themes of Jewish identity and the long shadow of the Holocaust, often in the guises of folktale and satire. His latest, Dinner at the Center of the Earth, is an unabashedly political novel that explores the Israeli-Palestinian conflict using the lean storytelling of a spy thriller and posing moral questions without taking sides.

In 2014, Prisoner Z, an American Jew turned Israeli intelligence operative, lives in solitary confinement, a sympathetic round-the-clock guard his only link to the world outside. Meanwhile, a young woman on a kibbutz yearns for her lover, a Palestinian mapmaker sealed off in Gaza. And from a coma, Ariel Sharon—“the General”—replays a personal tragedy that mirrors his own blood-soaked career. Englander braids these strands, tracing them back to Z’s duplicity 12 years earlier, as he taps the fierce emotions that rage over a strip of craggy, arid land. With nods to The Prisoner of Zenda and John le Carré, Dinner at the Center of the Earth illuminates the zealot’s blindness, the patriot’s struggle for clarity, and the enduring dream of a coming together.