Best Memoirs of the Year

The jury is in! Here are the funniest, smartest, just plain truest true stories of the year. 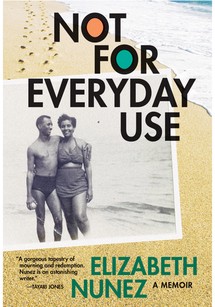 6 of 9
Not for Everyday Use: A Memoir
By Elizabeth Nunez
256 pages; Akashic Books

In this swiftly moving memoir, Elizabeth Nunez returns to Trinidad after the death of her mother. While helping her sister and father arrange the burial, Nunez reflects on everything from her admiration of her parents' loving, 65-year-long marriage (and the failure of her own) and her early, isolated years as an immigrant in New York, to the strange, unshakable grip colonialism has on her homeland today. The book reads casually, with a narrative that feels like a close friend talking about her past over tea. But ready yourself for unexpected emotional wallops, such as in the scene where Nunez finds her 93-year-old father rearranging all the pillows on his bed into a wall, "building a barrier between his side of the bed and his wife's" so as to keep himself from facing the empty place she's left behind. An insightful, generous story about the most painful of losses.
— Leigh Newman
Published 04/07/2014
PREVIOUS | NEXT